Proper Use of Employment Testing 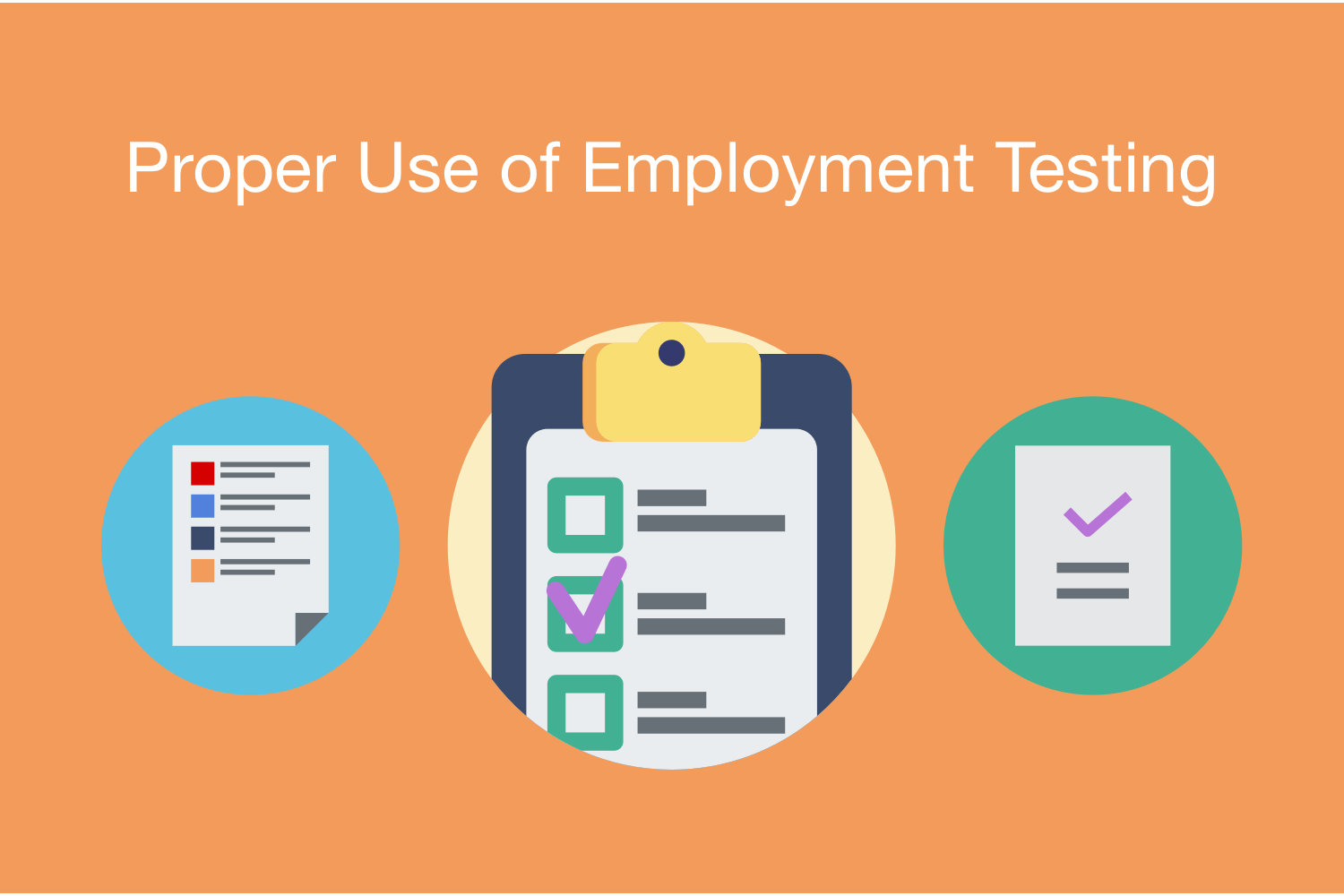 We believe that Hire Success tests are outstanding tools to help employers find the right employees every time – IF they’re used fairly and properly.

Based on years of helping companies around the world administer tests, here are a few recommendations and best practices for pre-employment testing:

And with a system like Hire Success, you have an affordable, convenient and simple method for following pre-employment testing best practices and organizing all your hiring data in one place.

If you’re using any of our tests as a pre-employment or employee testing tool, we strongly recommend that you follow all three of these procedures:

Test ALL applicants for the position

When hiring for a new position, it’s critical that you give the test(s) to every applicant who applies for and meets all other minimum requirements for the job.

Our tests should NEVER be used selectively as a means to:

We’re not suggesting that all applicants have to be tested if they’re not otherwise qualified. For example, if an applicant for a chemical engineering position had no education, background or experience in chemistry, and having that background was a job requirement, they would already be disqualified by other means.

We ARE suggesting that all candidates – regardless of race, age, education, religion, etc. – who share similar qualifications for the job must be offered the same opportunity to take the test(s). In this way, you ensure that you’re following best practices related to test administration.

When creating baseline files, administer tests to employees in the same job

In order to “compare apples to apples” when hiring new employees, it’s critical that you test current employees in the same or similar jobs first in order to establish a baseline from which to compare test results of job applicants.

What’s important is to identify the key job-related attributes with a particular test and apply those test results fairly, using that data as a consideration for employment.

In Griggs v. Duke Power – a landmark Supreme Court case regarding employee discrimination – the Court stated, "… Congress has placed on the employer the burden of showing that any given requirement must have a manifest relationship to the employment in question [401 U.S. 424, 433].”

At Hire Success, we believe this is why it’s so important that employers use each tool responsibly and test existing employees, whenever possible, both to develop valid baseline criteria and to follow best practices related to test administration.

For example, if you were hiring for a sales position, you might easily be able to determine that the most successful salespeople in your company have strong traits in areas like “persuasiveness,” “extroversion,” "independence,” “aggressiveness,” etc. However, if it wasn’t important to the job to be literate in computer terminology, then administering a computer knowledge aptitude test in a pre-employment environment would be inappropriate.

(If the person was hired and later applied for a different job within your company where computer knowledge WAS important, then administering the test for transfer or promotion would be appropriate.)

"Nothing in the Act precludes the use of testing or measuring procedures; obviously they are useful. What Congress has forbidden is giving these devices and mechanisms controlling force unless they are demonstrably a reasonable measure of job performance. Congress has not commanded that the less qualified be preferred over the better qualified simply because of minority origins. Far from disparaging job qualifications as such, Congress has made such qualifications the controlling factor, so that race, religion, nationality, and sex become irrelevant. What Congress has commanded is that any tests used must measure the person for the job and not the person in the abstract."

We believe the Hire Success Personality and Aptitude Tests are valid and accurate tools for measuring the person for the job, and thus provide you with an efficient, simple, accurate and cost-effective tool for hiring.

Use the 80/20 rule for pre-employment tests

There’s a similar 80/20 rule that’s applied to employment testing to ensure that a test is not discriminatory. Using a reasonable sample size, minority groups must pass a test at least 80% as often as majority groups.

For example, if a math test were administered to accounting candidates and 60% of white male candidates passed the test, at least 48% of minority candidates would also have to pass the test in order for it to be considered non-discriminatory.

Therefore, in order to act in accordance with best practices for pre-employment testing, it’s a good idea to keep data about test applicants which includes at least race and gender information, in order to show that tests do not have an adverse impact on minorities. Remember, if you do keep this information, that it should never be used in the selection, development or promotion of any individual.

What is Pre-Employment Testing?

Ready to take your hiring to the next level?

Get a demo to see exactly how Hire Success® can help you start hiring the right people for the job.

Try It Free Request A Demo