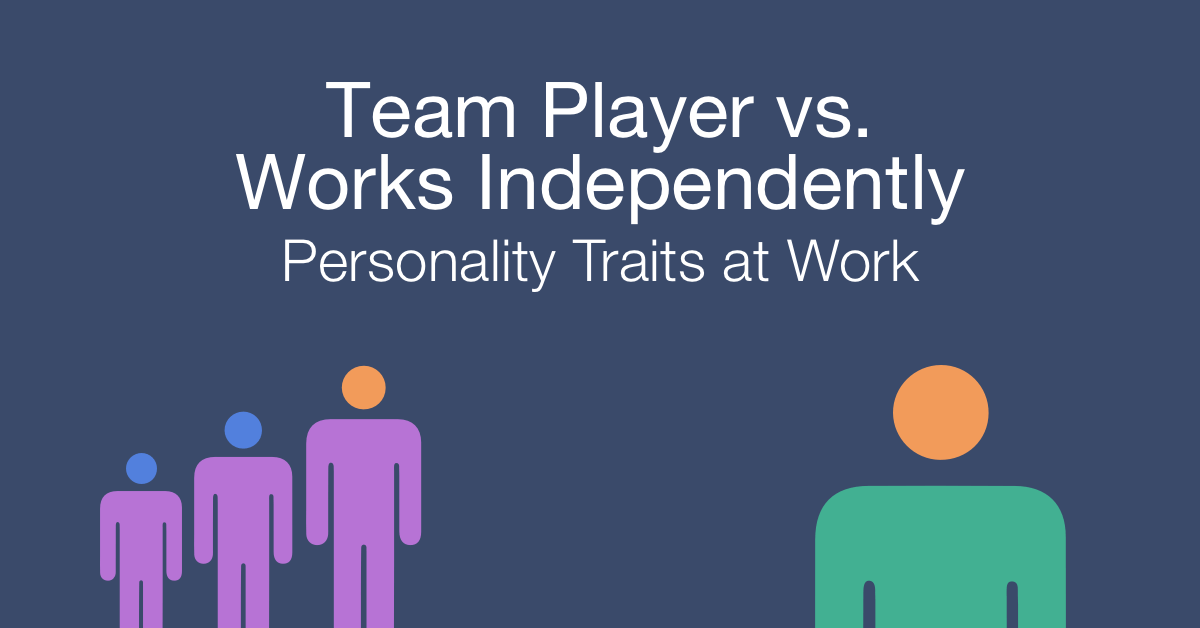 In the office, some people thrive on working in a group setting, while others would prefer to keep their heads down and work solo. Understanding these and other personality traits and working styles on your team can help you manage and hire more effectively.

What is a team player?

While we often talk about “team players” at work as those who put the needs of the team above their own, the definition is a bit different in this context. As a personality trait, it refers to those who enjoy collaboration and work most effectively with others. Someone with a team player personality would prefer to work with others on tasks and projects at work.

What are the characteristics of a team player at work?

How to work with team-oriented people

Team players at work are often naturally good at helping teams communicate and collaborate. Let’s look at how to tap into their strengths.

What is the opposite of a team player?

While some people thrive on working together, others would prefer to accomplish tasks independently. The opposite of a team player personality is an independent worker.

What does it mean to be independent in the workplace?

Someone who’s independent at work prefers to get things done by themselves. Now, this doesn’t mean they’re not “team players” in the sense of valuing or contributing to the team. It just means they work most effectively alone, without anyone else interrupting or looking over their shoulders.

What are the characteristics of someone who works independently?

If someone is independent, they may:

How to work with an independent person

Knowing how to tap into the strengths of your independent employees can help them perform at their highest levels.

Which is a better worker: team player vs. independent worker?

Ultimately, whether someone works best with others or alone is a matter of working style, rather than performance. However, some roles will naturally demand more of either team collaboration or solo work.

For a better sense of how an employee’s work style will affect their performance, take all of the personality trait descriptions into account.

Try It Free Request a Demo